You spoke those words many times that day,
back in early August when you visited your grandparents.
It was just protocol for the game,
but something about the way you said it stuck with me.

Now that will be my strongest memory of you,
as trivial as those four words may have been.
I wish you had created more memories,
but I am grateful to have this one at all.

We learn in biology class about how enzymes unzip DNA and make copies, but I never would have imagined that one side of the copy goes through a string reversal function!

You were a good pet. 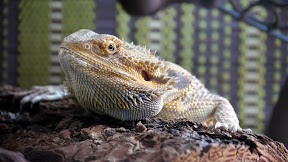 Jamie and I met on 12/1/2001 through Yahoo Personals. She started dating another guy instead (yeah, rocky start) but less than a month later we were all sharing an apartment. In 2003 they moved out and I couldn't afford the rent myself so I moved back home with my parents. On 1/30/2004 I got my current job and over the course of the next two years, Jamie became single and we started hanging out a lot more. In 2006 we moved back in together and in 2007 we bought a house.

On Dec 21, 2008, I put a ring on her finger, but we didn't set a wedding date right away. In a form of protest for marriage equality, we agreed it would be unfair to receive the tax benefits of being married when same-sex couples could not. We were thrilled when New York State legalized same-sex marriage, but a same-sex couple still wouldn't receive tax benefits until their marriage is recognized by federal law. However, we now feel that with the momentum for marriage equality moving in the right direction, and being unable to afford our protest any longer, it is time to make our union official.

On Dec 21, 2011, at 4:00 PM, Jamie and I will be married by a Justice of the Peace at city hall in a very informal ceremony attended only by our immediate, local family.

I finally edited together all the video and stills I shot at the air show 2 weekends ago.

I was just out for a walk around the block at work and a random guy on the sidewalk asked me if I know about the tornado. Uh... Is that code for something, like waving your foot under a restroom stall?

Fortunately, "No, where?" didn't seem to be the response he was looking for.

Another spectacular show this year!

I ran in the Airport 5K and finished in 30:55. Not bad for my first one! Jamie improved on her time, too.

The most traumatic part was parking. There was no information at all on the web site about that, and no signage for people coming from the south. But after I spoke to a traffic cop he pointed at a huge electronic sign back where we came from, facing the other way so we couldn't see it, so we turned around and followed that. And it turns out there were shuttles to take us across the street to the hangar, too, which was nice, but again, totally unannounced. Also the results aren't posted on the site yet.
Collapse